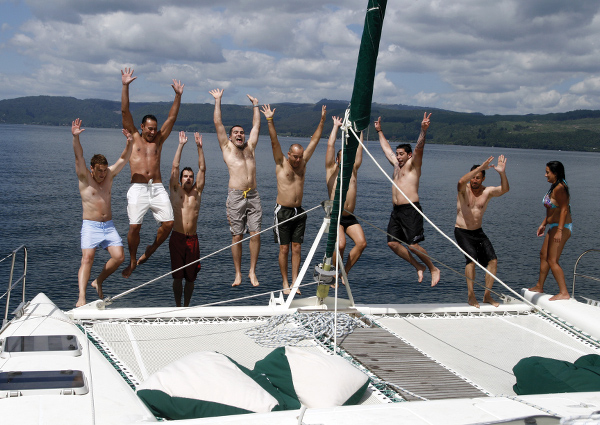 Absolutely, I tell them! We’ve met almost all the LGBTQ milestones in New Zealand, making it a great place for LGBTQ people to live. Rather than just give my opinion, I interviewed several of our friends in the LGBT community, getting their thoughts about life in New Zealand for LGBTQ people.

Scotty and Mal are two our our LGBTQ Heroes! They’ve been part of the fight for LGBTQ rights from the start. They own and run S&M’s Cocktail and Lounge Bar in Wellington.

Mals recalls that during the fight to decriminalise homosexual activity 30 years ago, the so-called Christians were chanting, “Kick them back to the gutters and sewers where they came from.” Sadly, it’s the same hate we’re seeing raise it’s head again now in Australia with the marriage equality vote. In New Zealand, the “Normal Joe Blogs on the street were horrified that these people were meant to be Christians and were saying those things about us. It helped our cause. Society has moved on and the ‘old watch’ is slowly dying out. Society has become so progressive. New Zealanders think that as long as you don’t upset me or hurt me, then you’re fine.”

Read more of Scotty and Mal‘s fight for LGBTQ rights in New Zealand. 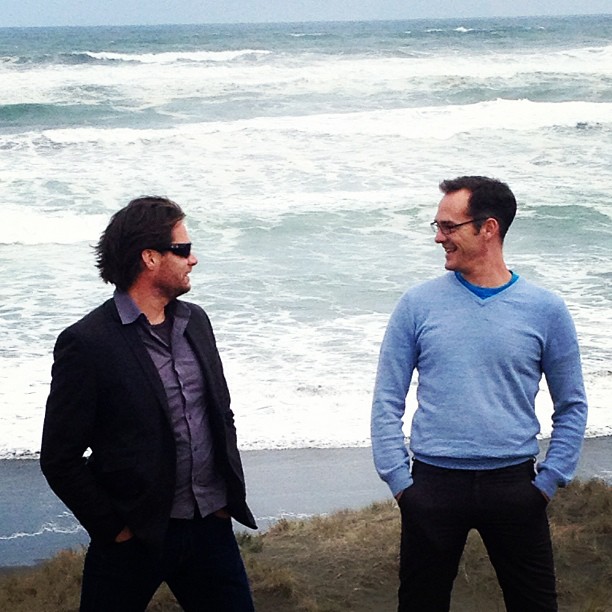 Brian is an old swimming buddy of mine and he and his partner Tom live in an Auckland suburb noted for its artists, writers and musicians. “New Zealand is so gay friendly,” Brian notes, “that we forget that it’s not the norm everywhere.” He recounts, “A nice example of how we are treated, goes like this: We are regulars at a busy restaurant and bar up in the village and most of the staff, including management, know us well and will always spend time with us. I was waiting in the bar one evening for Tom to arrive and was chatting to one of the barmen. Even though he knows and uses our names, he casually but loudly called out from across the other side of the bar, “Where’s hubby?” In that simple question for all to hear, and without intending to, he showed respect, made me feel equal and put a big smile on my face. For him, it was just a perfectly normal question to ask. And, yes, he’s very straight :)” 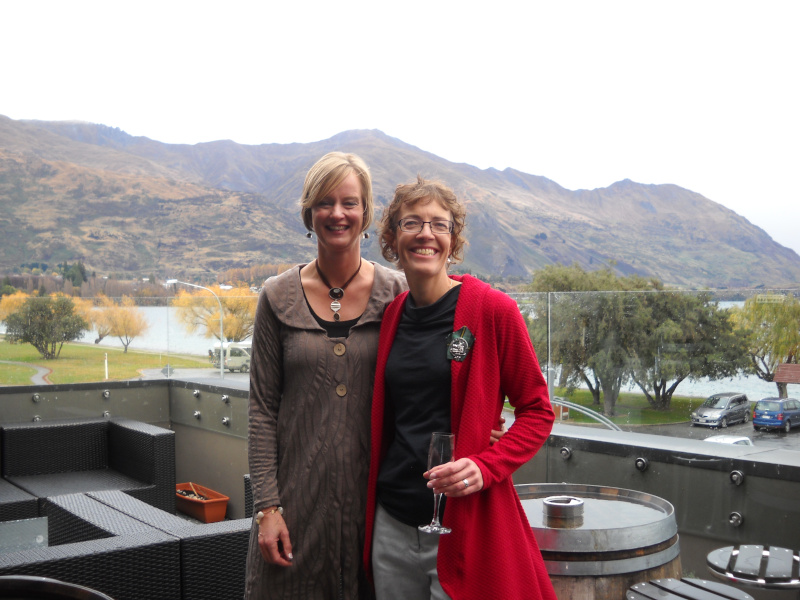 Caroline and Suzie own and manage Criffel Peak, a lovely B&B in Wanaka, a small South Island town of around 9,000 residents. “Kiwis are very laid back. They judge you on your personality and if you don’t moan, but get stuck in and contribute.” Suzie says when locals learn she has a wife not a husband, they typically respond with, “Oh right, that’s lovely.” She was particularly touched after she and Caroline married in 2014. “Many of the husbands of the women I golf with made a point of congratulating me the next time they saw me. It was so lovely! And the local B&B owners group we belong to were so excited to throw us a ‘Hen’s night’ before our wedding, with a chauffeur, gifts, drinks and food, just as any couple would receive.”

Read more about Suzie and Caroline and why Wanaka is a must visit destination if you love the mountains, hiking, and stunning scenery. 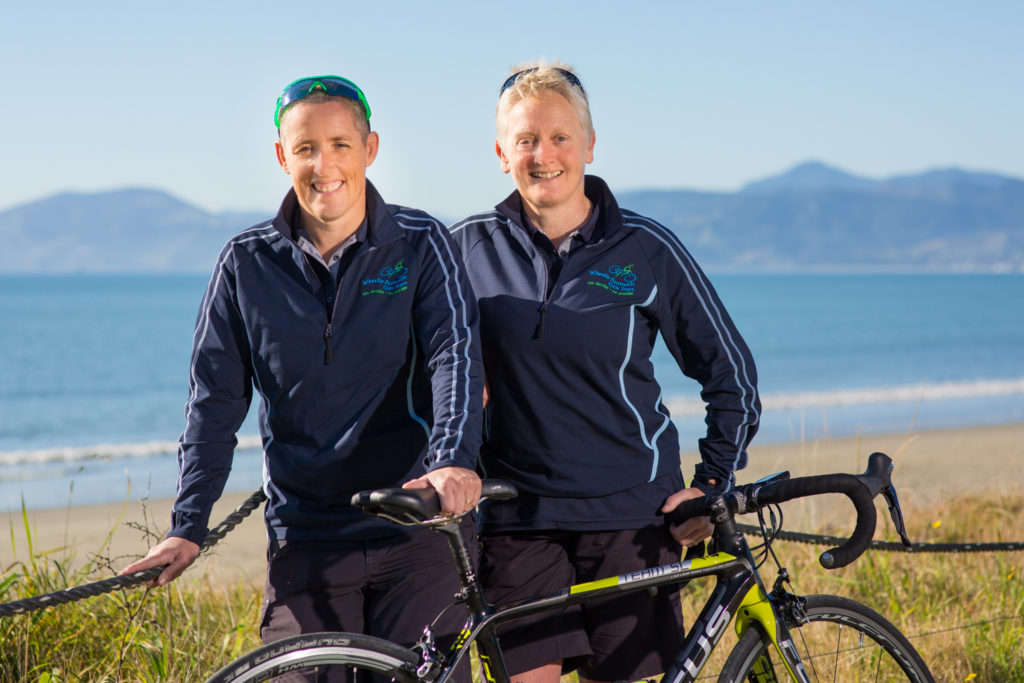 Nicky and Lisa are originally from Northern Ireland.  They have relocated to the small village of Mapua, a pocket of paradise at the top of the South Island. Their business, Wheelie Fantastic, is the result of their mutual passion for cycling. I asked them what it was like here for them moving here. “New Zealand is gay friendly! You will be welcomed into Aotearoa with a genuine warm reception no matter where you are from and you will be treated with respect and equality regardless of your sexuality.” “Nicky and I have travelled to other parts of the world where we felt it was impossible to act as anything but friends. But here in New Zealand we are proud to live our life as we are and never hide our sexuality. In New Zealand, we have truly found a liberal minded country and we are now proudly Kiwis. We are proud to be lesbian kiwis. Just make sure you are an All Blacks supporter (That’s our national rugby team). That’s all Kiwis really want to know about you. Whether you’re LGBTQ or not they don’t care, but just shout loudly for the ALL Blacks.”

Read why Nicky and Lisa moved to New Zealand and how they can create a cycling trip just right for you! 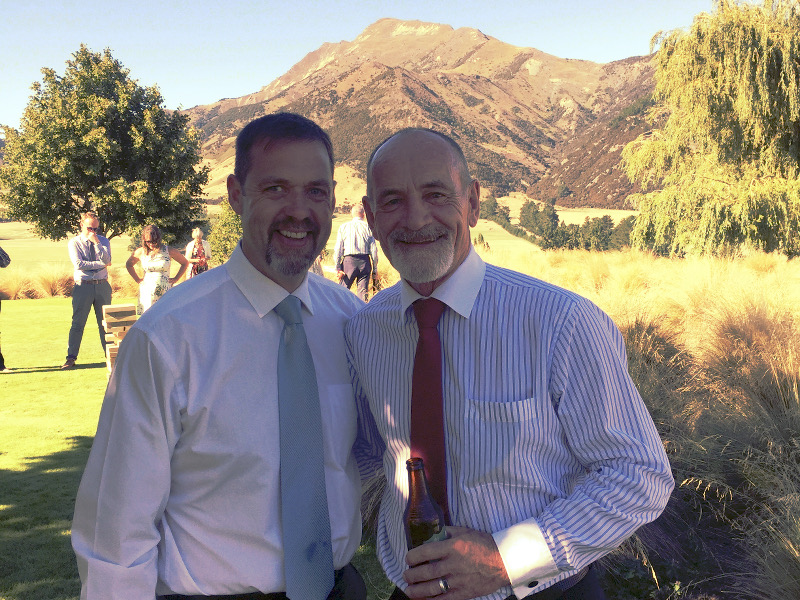 Pete and Steve own and operate Ratanui Lodge, in rural Golden Bay at the top of the South Island. Steve, American born, is now a New Zealand citizen. “New Zealanders in general are less concerned about who you love than how you interact with the community as a human being. New Zealand is a remote destination with a small population…there is still an ‘end of road’ feel where everyone relies on each other and depends on each other. The conservative Churches that preach separation don’t have a strong influence in New Zealand culture. New Zealand offers a different experience than say Fire Island, Key West, or Mykonos.  It’s not a huge party/nightlife scene.  It’s an opportunity to see the most beautiful country in the world, with a stunning variety of scenery, in a safe, welcoming environment.

Read why Golden Bay is a great destination for the gay travellers who seeks to get off the beaten path.

OK, so Mark’s not gay, but I wanted to include the voice of a typical straight Kiwi bloke who grew up on a sheep farm in the South Island. He is doggedly passionate about his region, Wanaka, and his desire to earn our business and take care of our LGBTQ guests has blown me away. Mark owns Ridgeline Adventures, and he’ll take you where no one else goes. Seriously!

Mark didn’t say much, but he didn’t need to. “New Zealand is about nature and and how people connect with it.  Nature never judges.”  Imagine a world where everyone thought this way. New Zealand comes pretty close.

He added, “You’ll find great friends in New Zealanders. We accept everyone with open arms, a big smile and if you’re lucky a hot cuppa and a biscuit!!”

It’s what we all want, right? To know be welcomed with open arms, regardless of who we are.

So where’s your next gaycation?

Try New Zealand. It’s not only stunningly beautiful, it’s an absolutely gay-friendly destination perfect for any LGBTQ traveller seeking something different.  Whether you want to travel in a small group LGBTQ tour, semi-independently, or with a private guide, we’ll take care of you and connect you with our fabulous locals.